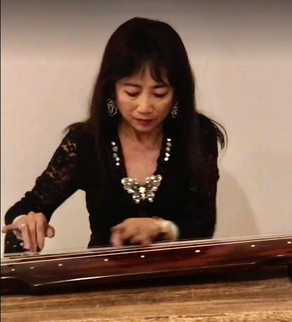 Dr. Yip has served as consultant for Beijing’s Chinese Qin Association 北京中国古琴会, director for Chinese Kun Opera and Guqin Research Association 中国古琴昆剧研究会理事, artistic consultant for New York Cultural Art Association, as well as on the academic board of the Chengdu International Qin Conference.

Also a writer, Dr. Yip has published fifteen books (two more will be published in 2022 and 2015), with two on the qin. Her Art of Guqin Music 【古琴音乐艺术】was selected as “key publication” by the Chinese government and has recently won 2nd place in China’s National City Book Award. Her latest and 7th novel The Witch’s Market (Kensington Books) received a glowing review from the New York Times. Yip’s debut novel Peach Blossom Pavilion, the story of the last musician-courtesan of China, has received numerous favorable reviews and is in its fifth printing. It was also published by Harper Collins Avon in 2014. Her novels have been translated into nine languages and are currently available in ten countries. She wrote columns for seven major newspapers and has appeared on over 50 television and radio programs in Hong Kong, Taiwan, China, and the United States.

Dr. Yip is also accomplished as a painter and calligrapher. A one-person show of her paintings of Guan Yin (the Chinese Goddess of Compassion) and calligraphy was held at the New York Open Center Gallery in SoHo in 2002. She also won a scholarship from the Cleveland Museum of Art to study painting.
​
Dr. Yip’s calligraphy is collected by the Duke of Scotland, the renowned ABC, NBC, CBS TV host Forrest Sawyer, and the pharmaceutical company Novo-Nordisk. She was also commissioned to brush calligraphy by Estee Lauder, Prada, and the publisher Simon and Schuster. She has even been invited to teach cadets at the U. S. Military Academy, West Point, about Chinese culture, particularly Sunzi’s famous Art of War. Dr. Yip was lecturer and senior lecturer (associate professor) of music at Chinese University of Hong Kong and Baptist University respectively, and in 2005, an International Institute of Asian Studies fellow in Holland researching on the qin. She has taught qin playing and calligraphy at two major Hong Kong Universities.  Dr. Yip is now Visiting Professor of Music at Bard College and president of New York Qin and Calligraphy Society 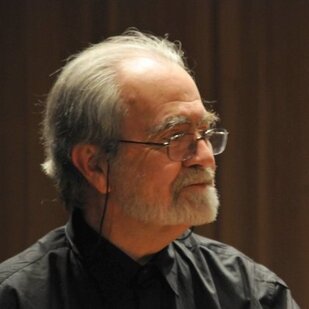 Tom Plaunt is originally from New Liskeard in Northern Ontario. He made 960-km-round trips as a youth to study on scholarship with Pierre Souvairan at the Royal Conservatory of Toronto. He then completed extensive studies both at the University of Toronto, and in Germany at the Hochschule für Musik Detmold, where he won a major exchange scholarship, the DAAD, for three consecutive years.

After debut recitals in London’s Wigmore Hall, Queen’s Hall Edinburgh, and New York’s Carnegie Recital Hall (now Weill Hall) he
recorded performances for CBC, BBC, Norddeutsche Rundfunk, and the Westdeutsche Rundfunk. As well he enjoyed a varied career as a solo performer and collaborator throughout Canada and in the US and Britain, as an engaging teacher and lecturer, clinician and adjudicator.

For many years Professor Plaunt was Chair of the Piano Department of McGill University's Schulich School of Music where he taught for thirty-six years. His recording of Charles Ives "Concord" Sonata and his performances in Canada, the U.S. and Europe won him considerable acclaim.

He was subsequently engaged in an extensive study of the keyboard works of Franz Schubert for which he produced a series of recitals for CBC broadcasts and performances across Canada, in the US and in Europe. He currently lives in retirement in Montreal. He continues to adjudicate, and to coach young performers.

Julie-Anne Derome started playing the violin at the age of three. She has studied with Taras Gabora and Sonia Jelinkova at the Montreal Conservatoire, Christopher Rowland at the Royal Northern College of Music in the UK and Mitchell Stern at the Hartt School in the USA.

Awards & Recognition
Julie-Anne Derome prioritizes a scintillating technique, a rigorous bow and original poetic colours. She gave the world première of the revised version of the Berg Violin Concerto with the symphony orchestra of the RNCM in 1992, which triggered her passion for 20th Century Music. She regularly premieres concertos by Canadian composers and solo works with ensembles.

In 1998 Julie-Anne founded the Trio Fibonacci. The group plays music for piano trio of all eras, being particularly recognised for its brilliant performances of contemporary repertoire. The group has played on all continents with the exception of Oceania and premiered over fifty works by Canadian and International composers such as Mauricio Kagel, Enno Poppe, Michael Finnissy, Pascal Dusapin and Jonathan Harvey. 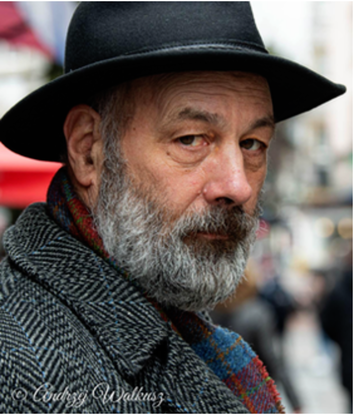 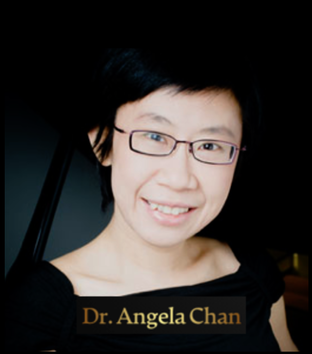 Dr. Angela Chan Ph.D. - Canada
​
Recognized as the great-grand student of Alfred Cortot (from the lineage of Frederyck Chopin), Dr. Angela Chan is an accomplished concert pianist who has performed extensively in Canada, Europe, the U.S.A. China and Hong Kong, and has been featured on the Discovery Channel (Canada), Global TV, CBC, CBS, MSNBC, the Australian Television Network, CJAD, CJOH, RTHK (Radio Television Hong Kong) and other media networks. Dr. Chan’s works have also been featured in Maclean’s Magazine, La Scena Musicale, Montreal Gazette and the National Post. Angela Chan holds a Doctorate in Piano Performance, Pedagogy and Education from Concordia University, Montreal, and she is the founder and Director of Lambda School of Music and Fine Arts, an internationally recognized institution for its fine quality and reputation. Dr. Chan is also head of the piano pedagogy division at Lambda School, providing professional and career development opportunities for piano teachers. Dr. Chan has a wealth of experiences in helping students achieve their maximum potential, and has groomed numerous child prodigies in her career. In her 38 years of extensive music and psychological research, Dr. Chan has unraveled the mysteries of effective and efficient teaching and learning. As a consequence, within short periods of study with Dr. Chan, many of her students have demonstrated phenomenal progress.

Dr. Chan is also the author of the new Lambda piano method series developed to help pianists progress at an accelerated pace. Dr. Chan’s book A Guide to Musicality - The Art and Science on her research and experiences with innovative pedagogical approaches has also been released in July 2020. Recognized internationally as an outstanding pedagogue, Dr. Chan has been invited to adjudicate a number of major competitions in Canada, China, Europe and in the US.